When coffee doesn’t work for you anymore, and you’re sick of refilling your cup every hour, it’s time to find another way to get energy. People tell you to start drinking tea, and not just any tea, special energizing tea. But tea doesn’t jive with your daily routine, and you have no desire to keep drinking tons of caffeine-packed liquids anyway. Coffee and tea only temporarily give you a jittery boost, and a long, arduous come-down quickly follows it.

You’ve tried those tiny, one-shot 5-hour energy drinks, which could be compared to feeling like a shot of adrenaline straight to the heart. If you don’t have a heart attack from the barely-legal pills and 5-hour energy shots, then you know for sure that they are not even remotely healthy for you. All these methods are always followed by agonizing drowsiness, and no one wants to feel that way. When you’re exhausted, and all else has failed, there is one thing that may be able to give you a clean, non-jittery, and pleasant feeling that can last all day.

Kratom is a plant that can give you natural, feel-good, euphoric, stimulating, and pleasant energy. There are tons of different strains of kratom, but white vein horned kratom is the specific strain that is proven to be the best for energy levels, as well as boosting your mood. Statistics have shown that white vein kratom is perfect for elevating mood, for nootropic uses, and above all else – energy!

So when you’re ready to kick the coffee, tea, and pills, reach for the white horn kratom- you will not regret it!

Contents show
1 Origin:
2 What is White Horn kratom?
3 Could this strain be the best for Nootropic Effects?
4 What makes it so different from other strains?
5 Which alkaloids are found in this strain?
6 How was ‘White Horn Kratom’ cultivated?
7 Why Is White Horn Kratom So Popular?
8 What does it mean when they label it “horned” how to find ‘horned’ leaves.
9 Is kratom tea exactly like opium tea?
10 What does “white vein and horned” mean exactly?
11 Important Dosage Information
11.1 Types of kratom
11.2 Low, medium, & high dosing:
12 Some side effects
12.1 The Wobbles
13 Does White Horn Kratom sound perfect to you? 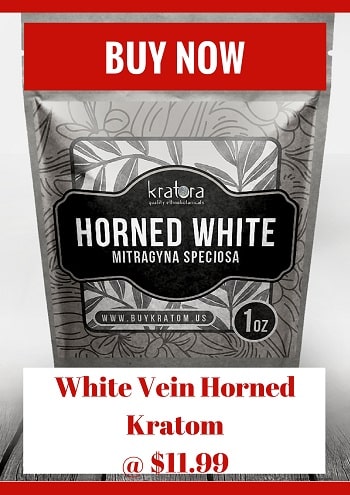 White horn kratom is one of the best strains for everyday use or a once-in-a-while pick me up! Don’t be fooled; the white vein horned kratom needs to be cultivated in Southeast Asian regions. It is a natural stimulant and mood lifter that is safe. Want to try a stimulant that is safe and from the earth? Well, this strain of kratom is amazingly effective and safe! Thailand, Indonesia, and Malaysia are the central Southeast Asian regions that cultivate white horn Kratom, so try to look for legitimate vendors that are from those countries or regions.

What is White Horn kratom?

It is a form of kratom that is neither red or green; it is white. It is the best for energy and is named after its unique leaf shape.

Could this strain be the best for Nootropic Effects?

Or better cognitive functioning? This strain is reviewed to be a natural nootropic plant from the earth. It is known in the plant world, to be a plant that boosts cognitive functions for an entire day. This white vein horned strain, specifically, is known for consuming after a poor sleep to enhance brain function and eliminate any brain fog.

What makes it so different from other strains?

So those of you who are not familiar with the strains, there are red, green, and white strains. Red and green are high in alkaloids that promote sedative, pain-killing, and relaxing effects. That leaves the white strain, which is known for its energy boosting effects.

That is why white horn kratom is the best for energy! The most important alkaloid for mood, energy, positivity, and natural euphoria, white vein horned kratom is a perfect choice! It is packed with natural mood-boosting alkaloids that do put you in a better mood and place. 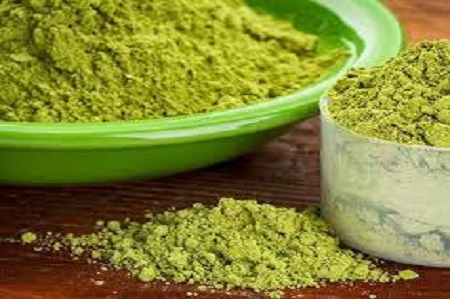 Which alkaloids are found in this strain?

There is a ton of alkaloids, all different kinds of alkaloids that help for sleep, help for mood, and health and overall relaxation. The major alkaloid in this white vein strain is 7-hydroxymitrogynene, which is known to give energy, give nootropic effects, and helps battle depressive moods and depressed thoughts.

How was ‘White Horn Kratom’ cultivated?

Well, it’s mainly grown in Thailand and Indonesia, but the white vein AND horned leaf traits are only found in specific areas such as Special farms in Indonesia. Kratom sometimes is named for the area it is cultivated from or from the visual look of the plant. White vein and horned is because it is an exclusive, unique look.

Why Is White Horn Kratom So Popular?

Well, this white vein kratom is perfect for everyday use. It’s ideal because it can replace a cup of coffee in the morning- it instantly gives you energy JUST like a cup of coffee would! Mornings are super difficult for everybody, so if you don’t want to give up your coffee, you could even sprinkle it on your morning cup for an extra boost of “feel-good-brew.”

What does it mean when they label it “horned” how to find ‘horned’ leaves.

Kratom gets its names from where and how it is cultivated. So It’s labeled horned because it has a particular color vein along with the white vein as well.

What does “white vein and horned” mean exactly?

Kratom is an unusual plant with unusual dosing. With most supplements and drugs, the dosage is significant. Kratom has many varieties. Doses also vary — along with the strain varieties. This specific strain gives the person energy- no matter how much is taken. 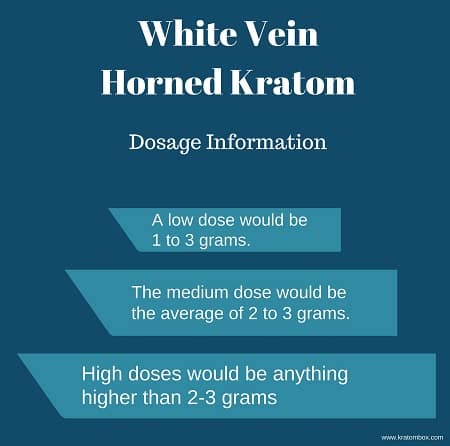 This strain helps individuals minimize or eliminate their coffee and caffeine intake, by having such similar effects as coffee.

So because of the super high amount of mitragynine, the alkaloid that interacts with my-receptors in the brain and spinal cord, it has a pain killing effect in the body. But the high concentration of mitragynine in this specific strand makes it more of an energy boost rather than a painkilling boost. But it can be useful for both. Other strains are an even better or higher amount of pain-killing alkaloids than this one, so if you are looking to alleviate pain, then red or green-veined Kratom would be better.

Everybody’s different. Everybody is unique. Every person has their chemical makeup. Every person feels herbs and supplements differently, so that makes dosing quite hard to perfect. But by moving slowly, and gradually improving your dose, then you can achieve the perfect balance- and feel the benefits of kratom! 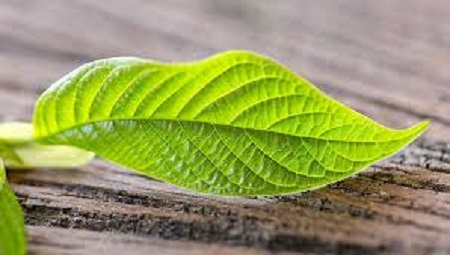 —The medium dose would be the average of 2 to 3 grams.

—High doses would be anything higher than 2-3 grams, but be sure only to increase 0.5 gram at a time.

Southeast Asia is where kratom originates from, grown and cultivated by Asian farmers and laborers to help fend off fatigue-help get through the hard work day. The white vein horned kratom worked best for these farmers because it gave them the energy to work all day, and for long hours.

Certain areas of Malaysia and Indonesia is where horned leaves were first discovered and cultivated. This discovery is believed to be extremely helpful to the workers and is known to be stronger than the rest.

The wobble is a term for the effect of taking too much kratom. Sometimes minor double vision occurs, or minor vision problems. A jittery feeling might accompany vision issues while a person has “the wobbles.” To avoid these wobbles, just dose gradually, and you will never have to experience this side effect/issue.
Don’t drive a car when feeling the wobbles, or operate any other machinery. That would be unsafe for yourself and to others.

Does White Horn Kratom sound perfect to you?

Kratom is 100% legal in California, so buying from California is a good option. www.SuperNaturalBotanicals.com is a 5 Star site to purchase kratom. Many people trust this site for their kratom needs. SoulSpeciosa.com is another place to buy kratom, but they call it mitragyna speciosa and not kratom. It is the same thing.
If you’re ever in California, there are thousands of places to purchase kratom, in capsule, powder, or tea form! Congratulations on your kratom discovery and enjoy the many benefits of this life-changing, mood lifting, and confidence boosting plant!