Is Kratom Legal in San Diego?

What is the Legality of Kratom in San Diego?

Kratom in San Diego and Oceanside are the only two unfortunate cities in California where the kratom legal status is illegal. All the other surrounding cities such as Orange, Riverside, and Imperial Counties have made the consumption of herb legal.

What’s more is that even a city known as Chula Vista, which is around seven miles far from San Diego and is situated in the same territory, has banned the use of Kratom.

Therefore, it is strange that Kratom is illegal in San Diego, whereas other cities have no issue with the usage of this natural herb. Keep reading to know more. 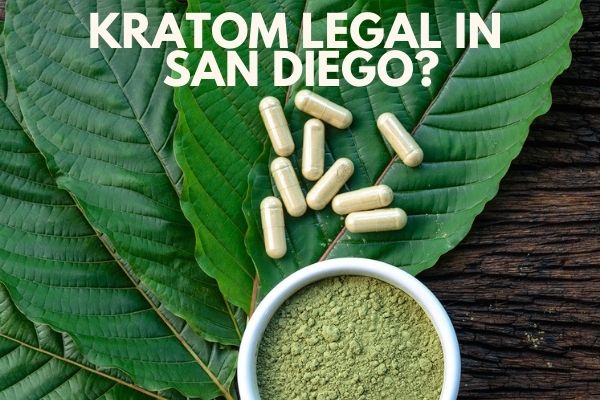 San Diego is not the only county where Kratom has been banned. There are many examples throughout the United States, as stated below:

As you can see, it is common for a state to legalize Kratom but make it illegal in one city or county. This is largely due to the lack of awareness regarding Kratom. In 2016, San Diego City banned the production, distribution, sale, and owning of Kratom. Plus, it asked for more information on Kratom for the city council to accept it.

The city officials and lawmakers of San Diego City decided to ban Kratom and synthetic drugs such as bath salts (synthetic MDMA) and spice (synthetic marijuana). This is a standard classification that municipalities follow while banning Kratom.

America’s finest city, San Diego, banned Kratom in June 2016. This restriction was introduced as part of an ordinance that also banned the “manufacturing, sale, distribution, and possession of spice, bath salts, and other synthetic and psychoactive drugs.”

This ordinance made sense because, in the last years, a list of harmful other drugs were emerging which were banned by current laws. Much to the annoyance of Kratom users, this innocent herb unfairly got caught up in it.

As everyone knows that Kratom is an all-natural botanical, and it is anything but a drug. The other drugs that were about to be banned by San Diego are manufactured in laboratories and are artificial.

So, lawmakers of San Diego City only took advantage of the all-inclusive law to ban the freedom of citizens. This might be because they were aware that a standard effort to restrict Kratom would not be successful.

Places to Buy Kratom In and Outside San Diego

If Mitragyna Speciosa is illegal in San Diego, then Kratom admirers have to hunt for local stores outside San Diego for fulfilling their Kratom needs. The following local stores are great options:

This store is located in La Mesa, California. Bumble Bee Botanicals offers many strains of Mitragyna Speciosa. For instance, they sell Kratom powder, capsules, and dried leaves from their vast inventory.

They boast a 4.5-star rating because their customers are more than happy with their services. It’s a must-visit, and their staff members are knowledgeable.

Situated in San Diego, the Cage Smoke Shop offers various items. For instance, they have shisha, hookahs, cigars, and e-cigs gear. The store has a 4.7-star rating on Google which means you have to pay them a visit whenever you are in San Diego.

This store is also situated in San Diego and only provides its delivery services. Similar to the previous shop, Coronado Spice and Tea also features a 4.7-star rating. It is known for its top-notch herbs and premium spices.

If you are looking for a store where all your Kratom needs can be satisfied, look no further than La Mesa Store. It is located outside the city boundaries, and it’s an ideal place to purchase Kratom powder and capsules. Their staff strives to form valuable customer relationships.

The majority of Kratom users prefer to buy Kratom online. There are many online vendors available that guarantee satisfying services. Some of them are listed below: 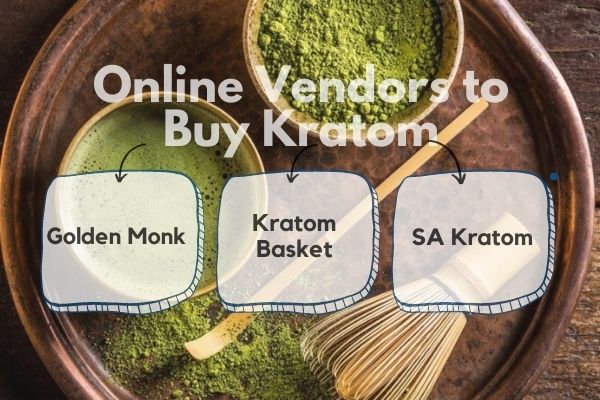 This is a top-rated Kratom vendor which you can trust blindly. Their capsules and powder strains are the favorites of their customers. Plus, SA Kratom provides dry leaves to make excellent kratom tea.

They answer all customer inquiries via their helpful customer support team. Moreover, they offer a 30-day guarantee and various payment methods.

This esteemed vendor is approved by the GMP and is a member of the American Kratom Association. Golden Monk is best at providing the freshest Kratom and offers versatile strains.

This company boasts high-quality Kratom powder and capsules. Plus, their rates are very affordable, but they do not compromise on the quality.

The insufficient research carried out on Mitragyna Speciosa has fueled the Kratom controversy. This ancient herb has been consumed for centuries, but science has given very limited attention to this magical botanical. Lawmakers have been dependent on the statements given by the FDA and buyer reports.

But as the steady speed of research is improving, the legal climate of Kratom might be better. The National Institute on Drug Abuse (NIDA) has offered two grants to the US College of Pharmacy to research Mitragyna Speciosa and its alkaloid properties.

The team led by Christopher McCurdy, a leader of Mitragyna research, has already started to advocate for Kratom due to the promising results.

This shows that the table will definitely turn in favor of Kratom enthusiasts. In the future, we will be at odds with the powerful authorities and government agencies who are eager to ban Kratom.

Is Kratom Legal in San Diego?

No, Mitragyna Speciosa is illegal in the city of San Diego. The manufacture, possession, sale, and owning of Kratom are all illegal.

When Did San Diego Ban the Consumption of Kratom?

The officials and lawmakers of San Diego City banned Kratom in June 2016, and it remains illegal to this day.

No one can predict the future legal status of Kratom in any state or city. Currently, Kratom users residing in San Diego are hoping for the city council to legalize Mitragyna.

Plus, the American Kratom Association is also striving to increase the Kratom movement and lift bans everywhere.

How is Kratom Classified in San Diego?