A Review On The American Kratom Association

What Is The American Kratom Association?

This esteemed organization fights lots of legal matters which have been forced upon Kratom for the last years. The AKA also strives to erase misinformation by educating the masses about Ketum. It’s funded by donations from various vendors, Kratom buyers, and advocates.

About The American Kratom Association

Founded in 2014 as a reaction to the 2012 F.D.A. campaign whose purpose was to discredit Kratom, this Virginia-based organization has come a long way. Even though Ketum is safe for consumption, it has suffered lots of criticism, especially from the F.D.A.

It is worse when biased and inaccurate information stems from an authority like the F.D.A. Therefore, the AKA strives to offer everyone access to information, cure, and the freedom to consume Kratom. The AKA wishes to protect Kratom strains users from the threats imposed by F.D.A. 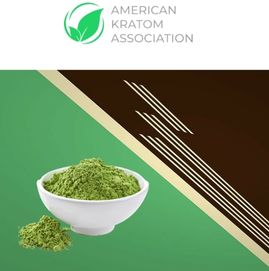 The leadership Of The Organization

Even though it’s a non-profit organization, it’s operated by a skilled board of directors. These directors guarantee that the organization’s business is functioning smoothly. The board of directors determines that the association updates its petitions, works on its mission statement, works legally, and more. Below are a few influential members of the board:

Matt is the Chairman of the association’s Board of Directors. He has a graduate degree in Master of Public Administration from Brigham Young University. Moreover, he represented the 5th District of Arizona for five terms in Washington. He’s been the vice president of Government Affairs at Arizona State University since 2017.

Peter is the executive director of the association. He boasts an unrivaled business background. Peter maintains the routine activities and oversees the contractors of the AKA.

He is the board member of the association who strongly believes in herbal and ancient cures. Previously, he worked with Nutrition for Life and boasted 16 years of expertise in the C.S.B. Marketing and Management Corporation.

One of the prominent responsibilities of the association is to certify Ketum vendors to determine that these vendors are abiding by the rules. Any vendor is allowed to apply for the certification from them. The association reviews the manufacturing process and product line of the vendors.

If a vendor is not following the set regulations, they will be rejected. It is advised not to purchase anything from the vendors who AKA does not approve. Below is a list of AKA-approved Kratom vendors:

Aims and Intentions Of AKA

This association comes with its own goals, which reflect the actions carried out by them. Below are their core motives:

This is the foremost goal mentioned on their website. For all the buyers of the Kratom plant, AKA strives to support them. They support the Kratom users in many ways, such as spreading information and introducing productive Ketum policies.

Healthy Education is crucial to making an impact in the world. The AKA is aware of the reason why Kratom is demonized – due to lack of correct information. Thus, the association actively dismantles the old settled misinformation by offering fresh and scientific-based information.

Government bodies and corporations primarily rule this world. This is why the voice of normal individuals goes unheard and unappreciated. Therefore, the AKA strives to amplify the voices of all the Ketum users and share their stories with the authorities and officials.

Ketum is a strong and healthy cure that boasts many uses for everyone. This is why the association strives to promote global awareness of the plant by sharing legit resources and information for all users.

Kratom Advocacy By AKA

The American Kratom Association is an advocacy group at its core. They advocate for the safety and efficacy of Kratom. This plant has many uses and helps lots of people all over the world.

Unfortunately, the majority of the public is unaware of how the plant works. They read about it on misinformed articles from FDA-led websites, which appear at the top of Google searches.

Therefore, the association guarantees that only correct information reaches the audience. Moreover, they battle the injustices and baseless legislations that restrict the accessibility to Ketum. 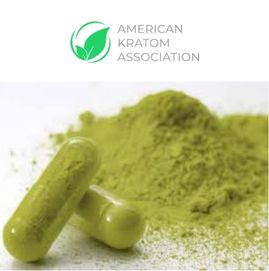 If you click on the “advocacy” category on the secondary website of the AKA, you will be directed to a drop-down list. From there, you have to click on Education to visit another website brimming with all essential information on the plant. For beginners, the most basic information is loaded on the site.

The people who already have some info regarding Kratom can polish their knowledge further by reading the scientific research that has proven the efficacy of Kratom. Lots of these studies have been funded by the American Kratom Association.

Moreover, the website mentions all the legal battles which Kratom is suffering from. Along with the misinformation campaign, which is set on the scene and the engagement of F.D.A. and more authorities to discredit Kratom.

As opposed to the erratic Ketum fans who swarm the famous social media platforms such as Reddit, the AKA is proud to offer only the factual information backed up with science. This means that even if the organization fights for the conscious usage of the plant, it also explains its risk factors and misuse.

Donating To The American Kratom Association

The American Kratom Association is a non-profit society that volunteers mostly operate. However, since they are fighting a very lucrative legal battle against the authorities who are tainting the name of Kratom, they need more than the support of volunteers.

The organization happily accepts donations from anyone who will assist them in covering the promotional expenses, legal fees, scientific research, and maintenance costs.

Donating to the organization is the simplest and crucial way to promote the use of Kratom. The organization depends on the donations sent by Kratom consumers to introduce the changes and laws which have made Kratom legal in many states today.

The American Kratom Association is the by far, the most powerful pro-Kratom advocacy group in the world. It is a non-profit organization funded mostly by donations having a mission statement to preserve Ketum and its users in the U.S. If you want to learn more about this productive society, you can visit their official website or join the mailing list.